Hey, this is the kind of thing I've been doing lately. I attended Nonprofit Day at the Hilton in San Francisco Friday and scribed almost all the speakers on my iPad. Chip Heath spoke but he didn't want the sketch notes shared because he was talking about a new book and didn't want to let the cat out of the bag. C'mon and hire me to do this for you!


Faithful readers of this blog (both of you) are rightfully disappointed by the fact that I've gone all summer without a post, sketch, dose of dangle, or anything. Sorry guys! There are a couple of reasons. I was on the road with the fam for most of July (see my post of Europe sketches), but also my dream of a lifetime has come true and I was invited, actually I asked, to be a writer for Wonkette, my favorite political satire blog, and they said yes.

I wrote four columns about the European debt crisis from the road and a few other items. It's a little like doing Troubletown again but harder and with more annoying comments. It pays about the same which is nothing.

This week I wrote a whiny takedown of this weekend's New York Times Magazine article about Oakland and the Occupy movement that was REJECTED, which is probably just as well since it was so provincial and defensive. If you go to the NYT article be sure to read the comments. Damn, the anti-occupy crowd is loud and nasty! Anyway, just for fun, here's what I wrote:


Thanks to a fancy reporter from the New York Times I now know that I reside in the stupidest city in America!

Pope Roasting Weenies and other Sketches

Europe Sketches 2012, a set on Flickr.
Let's see what Blogger does with this.
Posted by Lloyd Dangle at 3:20 PM 1 comments

Getting Stuff Together for Europe 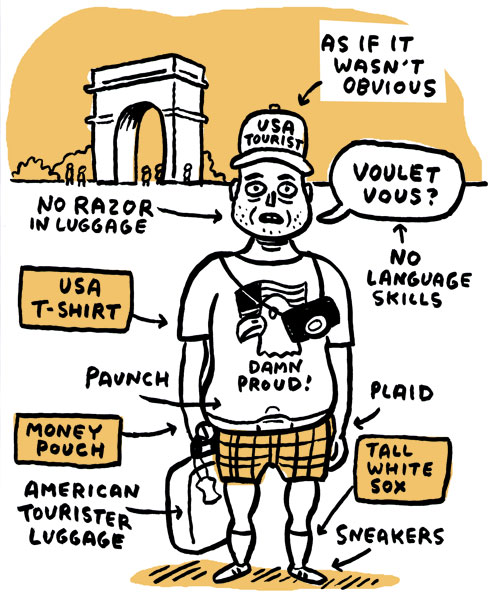 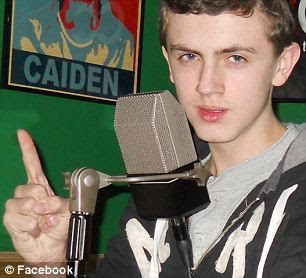 In addition to the Boy Scout gay ban story I came across a news story, "Fourteen year old conservative radio talk show host says Obama is making kids gay." Fourteen years old?! Really, is this the best Huffington Post can do? I had to find out how a fourteen year old conservative radio host, first, got his own show, and second, got into the news for something he said. The kid's name is Caiden Cowger and he's not exactly on the radio, he's got an internet radio show and a couple of obscure hillbilly internet radio stations that pick up his precocious teenage wisdom. And pardon me for making it all about me, but I spent twenty-three years as an adult making scathing social commentary that was published in dozens of actual newspapers and never got a peep of media attention. All I ever got was conservative intellectual hate-stalkers. When I did get interviewed it was when I was promoting one of my books and had a hired publicist working on it. I made many many weirder and more controversial statements than Obama is making kids gay and they were never picked up by Huffington Post. It's a conspiracy. Caiden Cowger is so strange he's worth listening to for three minutes.
Posted by Lloyd Dangle at 9:37 AM 2 comments

The Yellow Badge of Homophobia 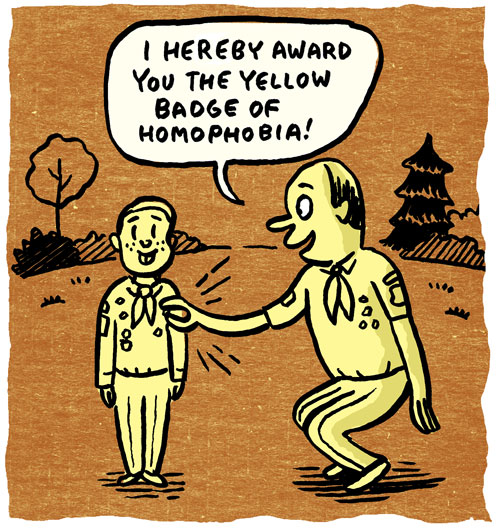 The Boy Scouts controversy hit close to home this week. The leftist Northern California pack that Oscar belongs to doesn't follow the ban against gays but still almost every family is conflicted about joining a group with such an odious policy. We still like the camp outs, the fire pits, and the marshmallows. The pack leaders decided to make a stand and draft a statement rejecting the national anti gay ban. One father of a Tiger Cub who happens to be a big ex-Marine wrote a long email defending it, claiming that a private Christian organization can do whatever it wants and that the Scouts were no place to have a political fight. That didn't go over too well. The emails have been flying ever since. The Marine was going to be the pack leader next year but all the gay stuff is making him pull out. Our other candidate is a lesbian!

Here’s the slightly overwrought letter I wrote to the president of the Boy Scouts of America.

I am writing as the father of a Webelo in pack 274 in Oakland, California. I have been following the news about the BSA's ban on gay scout leaders and the resolution under consideration to end it. My wife and were conflicted about letting our son join the scouts because of this ban but we weighed the positive aspects of scouting, judged the local pack to be non-discriminatory, and decided to  join in spite of it. Now that there's an opportunity for change I urge you to support it.

In America we have a history of exclusionary practices by businesses and organizations. It was once considered acceptable for whole cities to redline neighborhoods to keep minorities out. Sports clubs often excluded jews and blacks. In the deep south you can still find private "supper clubs" that are "members only" but the rule is only applied when black patrons try to enter. Today all but the most bigoted would consider those actions to be shameful. It's sad to think of the Boy Scouts in such company but in time it's certain to be how groups with such policies as the gay ban will be viewed.

Today gay people are becoming fully integrated into every aspect of society. It's no longer necessary for gay athletes, entertainers, and political leaders to be "in the closet." Our children are familiar with families that have two mommies or two daddies. They don't judge it negatively unless they are taught to do so. Do we want the Boy Scouts to teach our sons that gay people less entitled to the rights and privileges that heterosexuals enjoy and that it's okay to discriminate against them?

I know as the president you cannot change the rules autonomously but your role gives you influence--and it's time to exert it. This issue provides an opportunity for the Boy Scouts to define itself as a leader in civil rights instead of a laggard. Please make the right choice and move the organization forward. 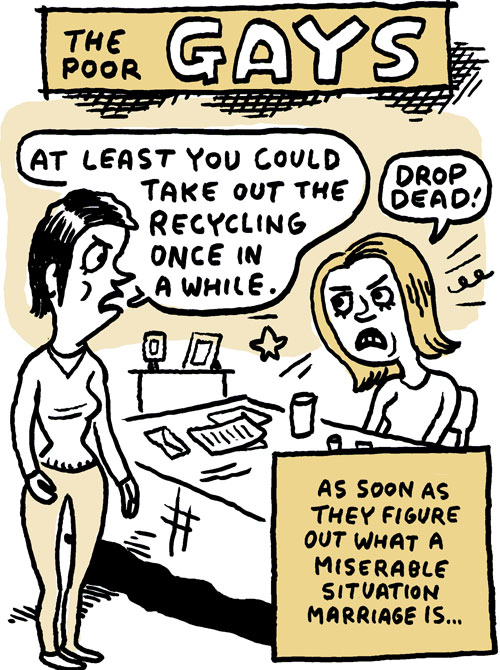 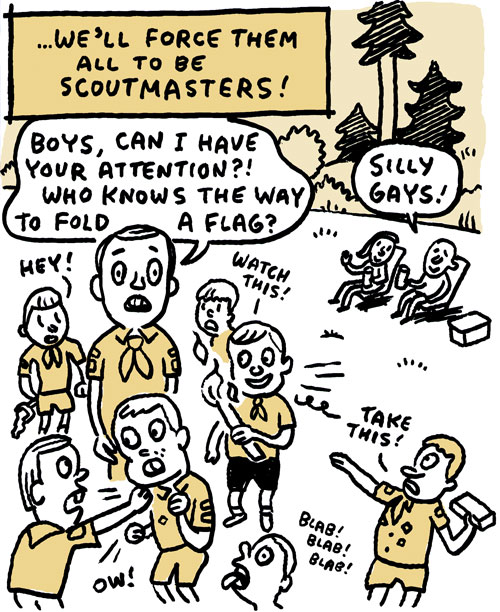